In 2013, in the hardware market, due to the rapid development of production technology and the rise of labor prices, developed countries in Europe and the United States transferred universal products to developing countries and only produced products with high added value.

China also has a strong market potential, so it is more conducive to its development into a large hardware processing and export country. China's hardware market is mainly distributed in Zhejiang, Jiangsu, Shanghai, Guangdong and Shandong, among which Zhejiang and Guangdong are the most prominent.

In terms of exporting countries, the United States ranks first, followed by Britain, Germany and Japan.

The average model and age of motor vehicles are getting older and older, which has played a certain role in promoting the sales of hand tools in the automobile after-sales market.

There is a strong demand for forging tools for electronic products, especially adjustable wrenches. The demand for hand tools is increasing in Germany. Comfortable and labor-saving tools are the most popular in Germany. Hardware tools 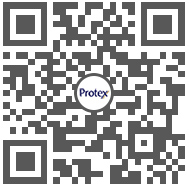